Interested in having Raun K. Kaufman speak at your event?

Since the release of Raun K. Kaufman’s new book, Autism Breakthrough: The Groundbreaking Method That Has Helped Families All Over The World (published by St. Martin’s Press) on April 1, 2014, his speaking schedule has been booking up well in advance. To check Mr. Kaufman’s availability for your conference or event, please contact Monica at +1 413 229-2100 or mgereda@autismtreatment.org

Aside from striking a rare and powerful balance between emotionally moving, humorous, and informative in a very practical, down-to-earth way, Mr. Kaufman brings a distinctive qualification to the realm of Autism treatment—his own personal history of recovery from severe autism. Today, Raun is the former CEO and current Director of Global Education for the Autism Treatment Center of America.

As a young boy, Raun was diagnosed with severe and incurable Autism.  Unwilling to give up on Raun, his parents developed a unique methodology now known as The Son-Rise Program. As a result Raun completely recovered from Autism and later went on to earn a Biomedical Ethics degree from the Ivy League’s Brown University. For over 15 years, Mr. Kaufman has worked with children on the spectrum and their families, lectured at conferences and symposia worldwide, and been featured on national and international TV, radio and in print publications. He was the recipient of the “Best Presenter” award at the national Autism One conference, given to the winner of a nationwide survey.

Claire Parkinson, a Scientist at NASA Goddard Space Flight Center, said of Mr. Kaufman’s lecture:  “One of the best I’ve heard in my 26 years of NASA Goddard.”

“…This book must be read by every parent of a child with autism who wants a step-by-step plan to reach and transform their child. I was there in person when Raun K. Kaufman’s miraculous story began. His full recovery from severe autism – through The Son-Rise Program – changed my life and the life of my daughter, who showed all the signs of early stage Autism. Today, she thrives because I knew exactly what to do: ignore all of the dire predictions and immerse her in precisely the principles and techniques described in Autism Breakthrough. I couldn’t recommend this book more enthusiastically – not only for those who love a child or adult with challenges, but for all parents and professionals. It turns the all-powerful principle of unconditional love into a practical blueprint that anyone can follow.”

Please let us know …To schedule Raun K. Kaufman for your conference, or to learn more about him, please feel free to contact Monica at +1 413 229-2100 or mgereda@autismtreatment.org 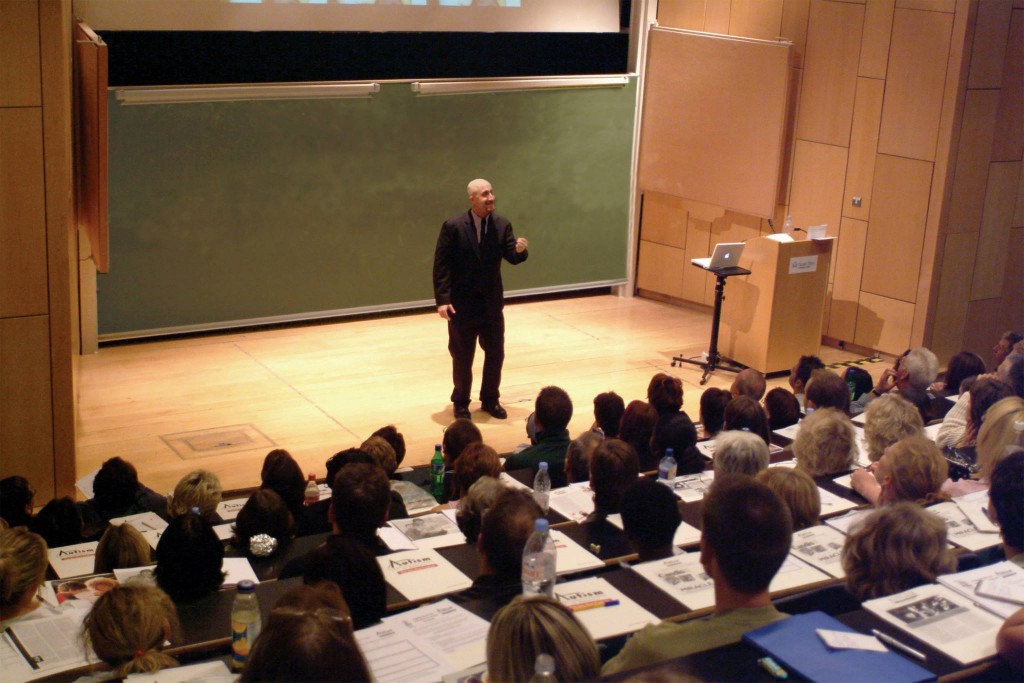