Raun K. Kaufman, former CEO of the Autism Treatment Center of America®, conducts lectures and seminars worldwide. In addition to his work with families and professionals over the past 15 years, Raun has unique history. As a child, Raun was diagnosed with severe Autism. His parents developed The Son-Rise Program®, which enabled Raun to completely recover from his Autism with no trace of his former condition. His story was recounted in the book, Son-Rise: The Miracle Continues, and the NBC-TV movie, Son-Rise: A Miracle of Love. A graduate of the Ivy League’s Brown University with a degree in Biomedical Ethics, Raun has written articles featured in a host of journals and books and has been interviewed by media such as National Public Radio, BBC Television, Fox News Channel, and People Magazine. He is currently serving as the Director of Global Education for the Autism Treatment Center of America.

The following is an excerpt from Chapter One of Raun K. Kaufman’s book, Autism Breakthrough: The Groundbreaking Method That Has Helped Families All Over the World (published by St. Martin’s Press): 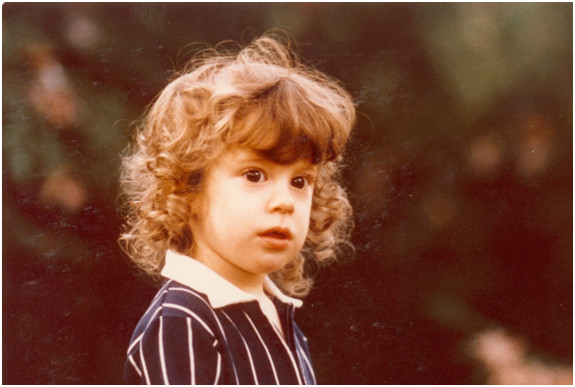 When I was a young boy, my parents (authors and teachers Barry Neil Kaufman and Samahria Lyte Kaufman) saw that I was developing very differently from my two older sisters. I cried incessantly and inconsolably. When I was picked up, I let my arms dangle loosely at my sides.

Before my first birthday, I suffered a severe ear and throat infection, compounded by a violent allergic reaction to the antibiotics prescribed. My life briefly hung in the balance. After a battery of hearing tests, my parents were told that I appeared deaf. As months passed, I seemed increasingly cut off, spiraling ever deeper into my own world.

I stopped responding to my name.  I ceased making eye contact.  I appeared alternately repulsed by and oblivious to the sights and sounds around me.  I appeared deaf to a loud noise right next to me and then mesmerized by an almost inaudible whisper in the next room.  I lost all interest in other people, but I would remain transfixed by inanimate objects, staring at a pen, a scratch of the wall, even my own hands, for long periods of time.  I didn’t want to be touched or held.  I spoke not a word (nor did I cry, yell, point, or do anything to communicate my wishes), displaying a total muteness that stood in sharp contrast to my earlier crying marathons.

And then something startling: I became fascinated with the simplest of repetitive activities, spinning plates on their edges for hours on the floor, rocking back and forth, flapping my hands in front of my face.

As my condition worsened, my parents raced from specialist to specialist, trying to find out what was wrong. Tests. Tapping pencils. Shaking heads. More tests. (Keep in mind that, in 1973, the year I was born, autism was much less common than it is now, affecting one out of every five thousand children. The latest study from the Centers for Disease Control and Prevention (CDC) puts the incidence of autism at one out of every fifty children.)

Soon I was diagnosed as severely autistic. My parents were in- formed that my IQ was less than 30.

What can feel like a devastating diagnosis is not really due to the autism diagnosis itself. The devastation comes primarily from the prognosis—all the things parents are told that their child will not do and cannot accomplish.

Like many parents today, my parents were told that the prognosis was certain. I would never speak or communicate in any meaningful way. I would never prefer people over objects. I would never emerge from my solitary world and be “normal.” Moreover, I would never go to college, have a career, or play baseball. I would never fall in love, drive a car, or write a poem. I might, one day, be able to dress myself or eat with utensils, but that was the ceiling of my possibilities.

My parents, seeking solutions, were given only grim pronouncements. They searched for a light at the end of the tunnel and were given only dark predictions. Over and over again, it was drilled into my parents’ heads: autism is a lifelong condition. The specialists explained that, when I got older, my parents would need to look into permanent institutionalization so that I could be properly looked after.

I am still astounded at what my mother and father chose to do in the face of such a damning verdict. They didn’t believe what they were told. They didn’t write me off. Instead, they turned their backs on all the dire prognoses. My parents looked at me and saw possibilities, not deficiencies. Instead of looking at me with fear, they viewed me with wonder.

And so they began an experiment. They began by seeking to create an environment where I felt truly safe. They didn’t push me. They didn’t try to change my behaviors. They sought first to understand me. Think about this for a moment. How often do we really do this—with anyone? People behave in ways we don’t understand all the time. For most of us, our knee-jerk response is to try to get that person to change—whether that person is our partner, our friend, a store clerk, an employee, our parent, or, indeed, our child. When do we ever begin our response by truly seeking to understand without pushing, to provide the other person with an experience of safety and caring without trying to gethim or her to change? How amazing that my parents began from this most kind and useful place.

Coming from this reverential vantage point, my parents asked themselves what they could do to understand me and my world. The answer began with something that my mother did. She wanted to understand me—and also to show me that she accepted me as I was. That I didn’t have to change to be loved. 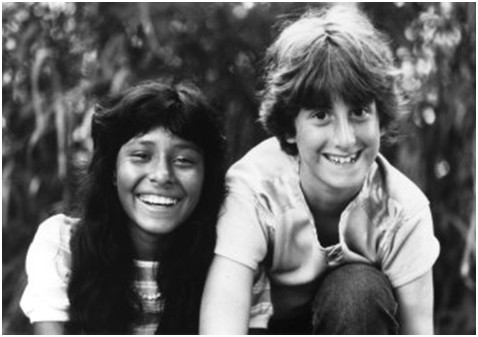 My parents so respected me that they focused totally on what my experience was—not on whether I looked strange or different to other people.

Hour after hour . . . day after day . . . month after month, my mother waited. Patiently, my parents waited.

Every once in a while, and only while “joining,” as my parents came to call this true participation in my interests and activities, I glanced at my mother. I smiled at her. I grazed her with the tips of my fingers.

And as my parents began to truly understand my world, as they communicated in a thousand different ways, over and over again, that I was safe, that I was loved, that I was accepted, something astonishing happened. A connection began to form. Slowly, carefully, I began to peek out from behind the veil of my special world. Tentatively, I began to join them in theirs.

As my mother spent hours upon hours on the floor working with me, she made herself my friend in my world. In so doing, a bond of trust evolved. She cherished and celebrated every look, every smile, every moment of connection for which my parents had waited so long. She cheered me on with every small step.

As my relationship with my parents and the world of people strengthened, my mom and dad continued to build an entire program of therapy around me. They helped me to increase my social connection to them and to others, encouraging me to play with them, to look at them, to laugh with them, to take their hands. They constructed interactive games based upon my burgeoning interests, such as animals and airplanes. At every turn, they accomplished this with a deep caring, encouragement, and support—never pushing, always inviting.

Can you imagine it? They embarked on this experimental journey after hearing nothing but hopeless predictions for me. They continued to reach out to me when I gave them nothing in return.

And they persevered in the face of consistent criticism. Learned professionals told my parents that their “joining” would reinforce and increase my “inappropriate autistic behaviors.” These professionals chastised my parents for doing the opposite of the behavior modification techniques they recommended—and for having “false hope,” for putting their time into an unproven (and just created) approach that “had no hope of succeeding.” Family members expressed grave doubts and concerns that my parents were “doing their own thing” and not leaving my treatment in the hands of professionals who “knew best.”

Remember, too, that, in those days, the world of autism treatment was a barren wasteland. There were no nightly news stories waxing on about the latest treatments or detailing the lives of families with children on the spectrum. There was no Autism Awareness Month.

My parents witnessed children being jolted with electric shocks, tied to chairs, placed in dark prison-like rooms, held down—and were told that this was progress, the best modern medicine had to offer.

To help me, they had to walk in the opposite direction, alone. Without any support, they supported me. They worked and waited. They persisted and persevered. Not knowing what the future held, not requiring my reciprocation of their love, care, smiles, and cheers, they gave me every chance.

For three and a half years, they worked with me, painstakingly building a bridge from my world to theirs.

And it all paid off. 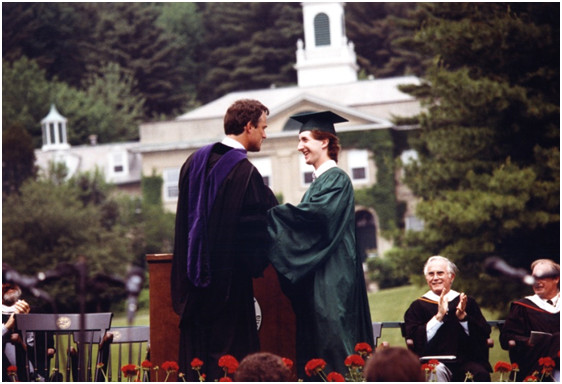 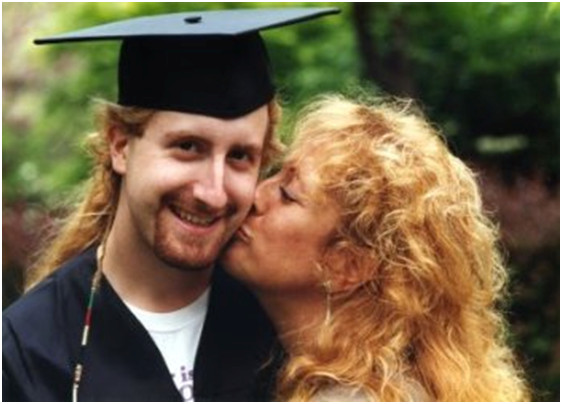 My parents developed this innovative, home-based, child-centered autism treatment program because of their very personal experiences entering my world. The method they created was based upon what autism actually is: a difficulty connecting and bonding with others—rather than how autism is typically treated: as a problem of inappropriate behavior that must be extinguished, altered, and retrained.

They called their approach The Son-Rise Program®.

Shortly after my recovery in the late 1970’s, my father wrote a best-selling book recounting our story entitled Son-Rise—now updated as Son-Rise: The Miracle Continues. Our story was then turned into an award-winning NBC television movie in 1979. As a result, people began to approach my parents for help.

In 1983, they founded the Autism Treatment Center of America®, part of a nonprofit, charitable organization. The ATCA serves as the worldwide teaching center for The Son-Rise Program, helping families from across the globe to enable their children to defy their seemingly limited prognoses. 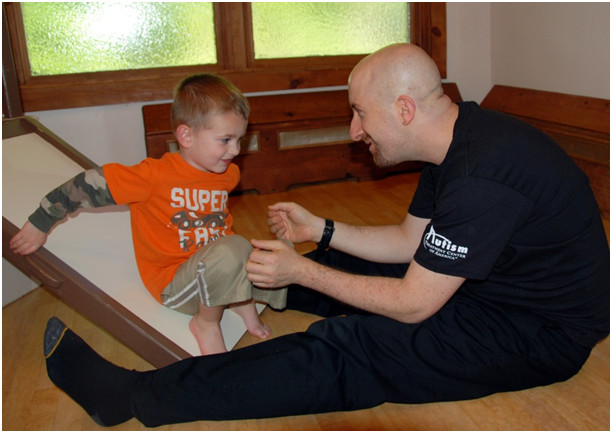